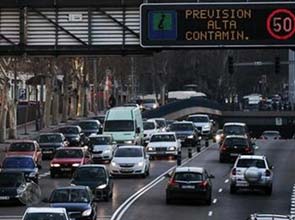 «The strength of the 2009 recession affected all economic sectors in the EU,» the Denmark-based European Environment Agency said in a report. «Consumption of fossil fuels fell compared to the previous year, mainly for coal.»

Greenhouse gas emissions in the 27-nation E.U. fell to the equivalent of 4.60 billion tons of carbon dioxide in 2009 from 4.96 billion tons in 2008, according to a technical report filed with the United Nations Climate Change Secretariat.

That 7.2 percent fall – of 354 million tons or almost as much as the annual emissions of either Spain or Poland – was far steeper than any other declines since 1990, when rich nations started compiling data under United Nations treaties.

The report did not say how far emissions might rebound with a return to economic growth in 2010, but said: «The recession in 2009 accelerated, temporarily, the downward trend in total greenhouse gas emissions.»

The fall, extending declines to a fifth year in a row, put emissions 17.6 percent below 5.59 billion tons in the United Nations base year of 1990 and close to the European Unions’ unilateral goal of cutting emissions by 20 percent below 1990 levels by 2020.

The E.U. has said it will deepen that cut to 30 percent if other industrialized nations set ambitious goals as part of a future U.N. treaty meant to avert more floods, droughts and rising sea levels.

Last month, seven European Union nations including Germany and Britain said the European Union should deepen the goal for 2020. E.U. Climate Commissioner Connie Hedegaard has laid out a strategy showing a low-cost route to a 25 percent cut by 2020.

Other nations’ emissions have also fallen due to recession. Data last week showed a 6.1 percent fall in United States emissions in 2009 and a 3.2 percent decline for Russia.

The fall in European Union emissions outpaced the contraction of European Union Gross Domestic Product. The European Commission has estimated E.U. gross domestic product growth of 1.8 percent in both 2011 and 2010, after a 4.2 percent contraction in 2009.

Emissions fell in every E.U. country in 2009 – ranging from a 4.2 percent decline in France and Denmark to a 16.1 percent plunge for Estonia, the study showed.

For the 15 members of the European Union with emissions goals under the United Nation’s 1997 Kyoto Protocol – agreed before enlargement to Eastern Europe, Cyprus and Malta – emissions fell by 6.9 percent in 2009 to 3.71 billion tons from 3.99 in 2008.

The main reasons for the 2009 fall were a steep decrease in carbon emissions from public electricity and heat production, especially in Britain, Germany, Italy, and Spain, it said.

Those four nations also suffered big falls in the manufacturing industry while the iron and steel industries receded in all major nations. «Emissions also fell in households and services – despite the colder winter – and in road transport,» it said.