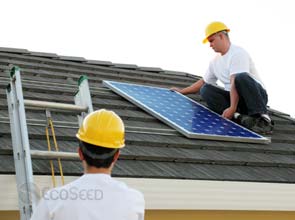 New York could generate over 22,000 jobs and approximately $20 billion if a state solar jobs law is ratified, according to a report by Vote Solar Initiative, a national grassroots solar advocacy group.

Currently, New York has fewer than 25 megawatts of solar installed capacity, representing less than 0.01 percent of the state’s energy mix.

The proposed solar law will create a scheme for varied market participation to generate opportunities across the commercial, residential and utility sectors. The legislation will also establish reasonable annual solar energy requirements that would progress more aggressively in the coming years as the projected market scales and solar energy costs drop.

“New York’s Solar Jobs Act provides a transparent and achievable blueprint for solar growth across diverse market segments. If passed, this bill will provide an essential framework to expand investment and jobs in New York,” said Carrie Cullen Hitt, president of the Solar Alliance, an association of solar developers.

Through the act, New York can create approximately 22,198 green jobs, with 18,326 direct and induced jobs and 3,872 jobs that are expected to last for at least 25 years – the average lifespan of a solar energy system.

The state can also generate an average of $550 million in annual earnings through 2025, as well as additional revenues averaging almost $380 million each year through 2047.

Lastly, residential ratepayers in New York will experience minimal impacts on their electricity expenses as they will add only $0.39 to their monthly bills for solar installations.

The solar jobs act is slated for voting among state legislators in the New York State Assembly.

New York is experiencing tough times as it faces an $8.5 billion budget deficit for the year that began April 1, Bloomberg Businessweek reported. The state legislature approved emergency spending bills for the 11th consecutive week to prevent a government shutdown.