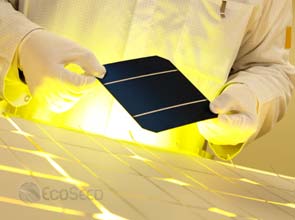 China’s Suntech Power Holdings Co. and the Swinburne University of Technology in Melbourne launched a solar facility where they said the next generation of solar cells will be developed.

The Victoria-Suntech Advanced Solar Facility is expected to pave the way for the commercialization of Nanoplas, a solar technology that allows for the efficient collection of solar energy from a wider color spectrum than do cells currently being developed.

It promises cells that are twice as efficient and significantly cheaper to produce and use compared with ordinary units.

“As solar reaches grid parity in Australia and around the world, we are powering a revolution that will permanently redefine how the world uses energy,” said Zhengrong Shi, chairman and chief executive of Suntech.

The facility is a fruit of the duo’s partnership that began April last year after revealing plans to jointly develop the new solar technology. Professor Min Gu, who directs the Swinburne Center for Micro-Photonics, will head the facility with Mr. Shi.

Professor Gu said the project’s key advantage is that it will enable Swinburne University researchers to work closely with Suntech, which claims to be the world’s largest producer of crystalline silicon photovoltaic modules, throughout various research and development stages.

This advantage will guarantee that Nanoplas technology can be easily transferred to the production line, Professor Gu said.

The research facility is expected to bring together Australia’s leading solar researchers and to serve as a precursor to Suntech’s production facility in the country.

Its partner, Swinburne University, is globally recognized for its research centers including the Centre for Astrophysics and Supercomputing and the Centre for Micro-Photonics.