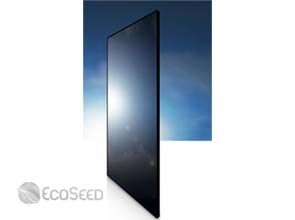 California solar startup Stion is poised to ramp up its production of thin-film solar cells after raising $70 million from a line of investors, reported local newspaper Mercury News. Taiwan Semiconductor Manufacturing Company (NYSE: TSM) provided the largest contribution to the funding round at $50 million. The company’s other investors, which include Khosla Ventures, Braemar Energy Ventures and Lightspeed Venture Partners, also joined the funding round.

The round’s proceeds will be used to upgrade Stion’s manufacturing facility in San Jose, California which currently churns out 10 megawatts of thin-film photovoltaic panels yearly.

Following the expansion, the company expects the San Jose plant to raise production to 100 MW each year, equal to roughly $200 million in annual company revenues.

Company executives were quoted as saying the expansion would create 500 direct and indirect jobs in the region between 2010 and 2011.

Stion’s solar panels are delivered as a single unit and not as an assembly of individual solar cells. The company said this allows for streamlined, high-yield production and flexibility in product design.