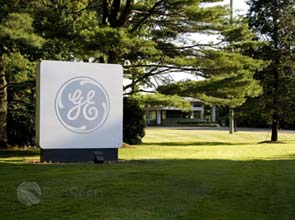 General Electric Company is ready to invest $10 billion by 2015 on Ecomagination, the centerpiece of its environment-related business thrust.

At the same time, products being offered as a part of the Ecomagination initiative will fetch $20 billion in revenues for the company by 2010, G.E. said.

G.E. disclosed its investment plans in its annual Ecomagination report, where it said it has breached target investment for the program’s research and development a year ahead of schedule.

The conglomerate originally planned to pour $1.5 billion into environment-related research and development by 2010. But in 2009, G.E. said investments in this area have topped $5 billion.

“Today, we are doubling our commitments to accelerate our contributions and to lead,” said Steve Fludder, vice president for Ecomagination. “We will invest twice as much in the next five years,” he continued.

As of 2009, the company accumulated $18 billion in revenues despite the global economic downturn.

Overall, the Ecomagination initiative generated approximately $70 billion in revenues during its first five years, G.E. said.
G.E. (NYSE:
GE
) is slowly building its reputation as an ecologically-sound company. It reported that it cut greenhouse gas emissions in 2009 by 22 percent based on 2004 levels.

It said it also achieved targets for water efficiency and energy intensity ahead of time. G.E. reduced water consumption by 30 percent based on 2006 rates, surpassing its original target of 20 percent by 2012.

The Fairfield, Connecticut-based American company said it also improved its energy intensity by 34 percent compared with 2004, exceeding the original goal of 30 percent by 2012. The United States Department of Energy defines energy intensity as the amount of energy used to produce a certain level of output or activity.

In the future, G.E. aims to improve its operations to achieve a 50 percent reduction in energy intensity based on 2004 levels. It also seeks to reduce absolute greenhouse gas emissions by 25 percent using the same baseline.