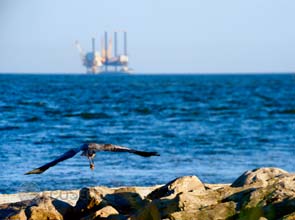 Leaders of the worlds biggest economies will pledge on Sunday to phase out subsidies for «inefficient» fossil fuels, in a statement toughened at the last minute at the urging of the United States, Group of 20 sources said.

The G-20 communique in Toronto calls for the «phase out over the medium term of inefficient fossil fuel subsidies that encourage wasteful consumption, taking into account vulnerable groups and their development needs,» said the sources, who provided the language to Reuters.

The leaders also said they would review progress toward that goal at future summits. The sources said the United States had pushed to remove watered-down language from an earlier draft.

An earlier version of the statement referred to «voluntary, member-specific approaches» to getting rid of fossil fuel subsidies but made no mention of a review of the progress.

Environmentalists viewed that as a weak commitment compared with promises made at the previous G-20 summit in Pittsburgh last September.

At that gathering, hosted by President Barack Obama, leaders also vowed to phase out the subsidies. They said that jettisoning them by 2020 would reduce greenhouse gas emissions blamed for global warming by 10 percent by 2050. The G-20 had cited data from the International Energy Agency and the Organization for Economic Cooperation and Development.

The Toronto statement revived language from Pittsburgh that called for the development of time frames and strategies to implement the phase-out of subsidies.

The communique made reference to the BP P.L.C. oil spill on the United States Gulf Coast. The leaders urged the sharing of best practices to protect marine life and prevent accidents and to deal with the consequences when accidents occur.