Solon ties up with German distributor for PV brand 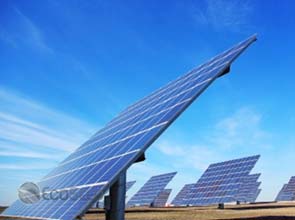 Solon S.E., one of Europe’s largest makers of photovoltaic modules, signed a 70-megawatt deal with a distributor of building products over the next few years.

“This is a meeting of two strong brands. Establishing a sales network with Saint-Gobain Building Distribution puts us even closer to our customers in Germany,” said Stefan Säuberlich, chief executive of Solon.

Saint-Gobain will incorporate the Solon brand in its shop-in-shop concept designed especially for PV products sales.

Saint-Gobain gathers its entire solar product offering, which features all PV products required for installing a complete solar system, under its own Solarkauf brand. It is estimated that ‘Solarkauf’ shops will have a total of 45 branches by the end of this year in Germany.

In addition, a broad range of PV products can be ordered at 250 sites nationwide where Germany-based Saint Gobain is represented.

A study from Goldman Sachs shows that Germany will continue to reign as the largest and most important solar market worldwide over the next two years, with an estimated PV installation of 6.5 gigawatts in 2010 and 7.5 GW in 2011.