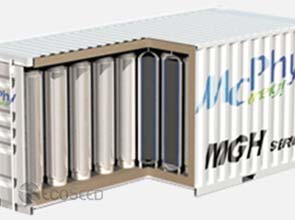 French startup McPhy Energy has gained ground for its expansion plans after pocketing $13.7 million euros ($17.2 million) in a second funding round.

Sofinnova Partners, a private equity firm based in Paris, led the latest funding round, which drew Gimv and Amundi Private Equity Funds.

McPhy Energy plans to use the funds it raised for its global expansion. The company already holds offices in Spain and Italy and plans to open other satellite offices in Germany, Northern Europe, the Middle East and Japan.

The startup will also use the funding to strengthen its commercial and technical teams and to purchase additional production equipment.

The company collected 1.6 million euros ($2.07 million) in the first funding round in January 2009 to establish its production line. The initial funds were also used to create a magnesium hydride tank that was subjected for testing on an industrial scale in March 2010.

A second industrial-scale reservoir is under construction and is expected to become operational during the second half of the year.

The company believes that its products present a concrete answer to the energy storage issue for renewable energy sources, such as wind and solar energy.

The company also sees its hydrogen storage technology as a means to immediately provide electricity as demanded by consumers.

“Over the past two years, McPhy Energy has finalised its unique hydrogen storage technology. It is now ready to enter several promising market segments,” said Bart Diels, a partner at Gimv.

“We are convinced that solid state hydrogen storage will be one of the winning solutions to address the growing need for green and large-scale energy storage,” he continued.