Russia joins forces with U.S. to work on energy efficiency 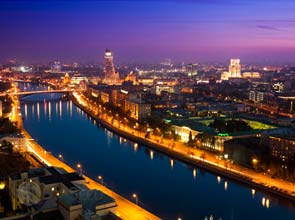 Russia pledged to strengthen ties with the United States by promoting energy efficiency, smart grid technologies and clean energy. The Russian Energy Agency finalized on Wednesday a protocol of intent with the United States Agency for International Development to develop a pilot smart grid project that will reduce energy loss in electricity systems and lessen carbon emissions.

The agreement aims to foster partnerships between American and Russian agencies, utilities and regulatory authorities to implement similar projects and share information and best practices.

The collaboration builds on a commitment by President Barack Obama and Russian President Dmitry Medvedev to deploy a multifaceted strategy that will advance energy efficiency and clean energy technologies in their respective countries.

Both countries agreed to organize financial mechanisms that will provide investment incentives for small- and medium-scale private businesses to promote energy efficiency and clean technologies.

The United States and Russia are among the largest per capita emitters of greenhouse gases in the world, the World Bank reported. However, both countries also have enormous potential for energy efficiency improvements.

In fact, Russia can raise its energy efficiency by up to 45 percent, which could lead to $80 billion in savings, the bank said.

Russia is in dire need of energy efficiency efforts to counter its excessive use of energy. A report by the United Nations Development Programme states that energy intensity in Russia remained 2.5 times higher than the global average as of 2006. It said that if this level of energy consumption continues, it could slow economic growth and jeopardize energy security.

Meanwhile, improving national energy efficiency in the United States can help the country achieve the greenhouse reduction targets agreed upon during the Copenhagen climate summit. The United States is trying to pass a piece of legislation that will mandate emission cuts of 17 percent below 2005 levels by 2020.

«By bringing people together, we can have a more significant impact on global issues, including promoting energy efficiency and combating climate change,” said Jonathan Hale, deputy assistant administrator for Europe and Eurasia of the United States aid agency.