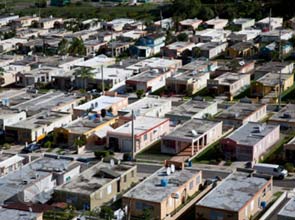 Puerto Rico on Wednesday enacted two laws to fuel the development of its renewable energy sources. Governor Luis Fortuño signed the Act for a Public Policy for Energy Diversification through Sustainable and Alternative Renewable Energy which establishes a renewable portfolio standard for all energy providers in its territory.

The energy diversification act requires energy suppliers to make renewable energy account for 15 percent of their energy mix by 2020, leading to 20 percent by 2028.

Power suppliers can use renewable energy certificates each representing 1 megawatt-hour of electricity to help them comply with requirements.

Certificates can be bought, sold, traded and transferred through the North American Renewable Registry.

Mr. Perez-Riera will sit on a renewable energy commission that the energy act creates to oversee compliance of power providers to the new standards.

The enacted incentives will be supported by a Green Energy Fund which unifies Puerto Rico’s existing renewable energy incentives into a single funding mechanism.

It will provide $20 million for renewable energy facilities in 2011 and $290 million over the next 10 years.

The Energy Affairs Administration will offer cash rebates of up to 60 percent for individuals and 50 percent for companies who establish renewable energy projects not exceeding 1 MW in capacity.

The funding will be sustained by existing vehicle taxes and fines collected by the renewable energy commission from power providers that fail to comply with the energy diversification act.

Puerto Rico has added 75 MW of wind energy to its domestic portfolio with the Pattern Santa Isabel Wind Project. The United States Department of Energy reveals that Puerto Rico is endowed by class 3 winds capable of supporting utility-scale generation.

«Renewable energy policies and sound economic incentives are key to attract players of all sizes that can contribute to the creation of a renewable energy industry in Puerto Rico, jumpstart competition and be an active part of the solution,” said Mr. Perez-Riera.