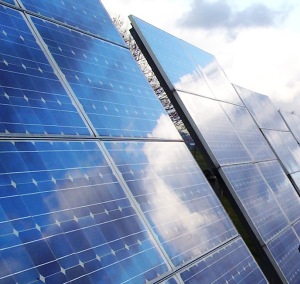 Chinese solar photovoltaic products producer Astronergy has marked milestones in its home country and in Australia. Astronergy’s parent company Chint Group said it will invest 1 gigawatts’ worth of solar products in Gansu province in northern China. The company signed a deal with Gansu’s Development and Reform Commission for the plan, which also involves an expansion of manufacturing capacity by 200 megawatts.

In Australia, Astronergy will be the main module supplier to Solco Limited, a leading provider of solar energy systems in the region. Solco (ASX: SOO) will be the sole distributor of Astronergy solar products in Australia, New Zealand, Papua New Guinea, Nauru and other Oceania nations.

The companies said demand for solar power in the Australian market is increasing, because of which they expect to ship this year twice the amount of solar products specified in a previous agreement.

The Gansu solar market is also strong, as the Chinese province will soon be home to a 10-MW grid-connected solar plant in Dunhuang and a 100 MW solar power production facility.

Gansu boasts of about 3,000 hours of sunshine and a total solar radiation of 145.6 kilocalories to 153.8 kilocalories.

“With our quality panels reaching more customers in the Oceania region through the trusted solar systems provider Solco, we will have greater access to the developing Oceania market,” said Liyou Yang, chief executive of Astronergy.

“One of the major obstacles concerning the solar industry today is the availability of a steady supply of high quality solar products. This (partnership) will undoubtedly enhance our operations and future development opportunities,” said Mark Norman, Solco chief executive.

China’s National Energy Bureau has revealed plans to install 20 million kilowatt-hours of solar capacity by 2020, 10 times more than the country’s target in 2007.