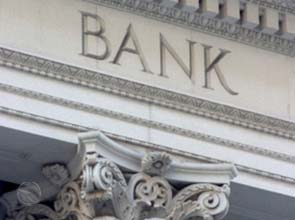 Venture capital bankrolled clean technology companies with as much as $1.5 billion in investments in the second quarter, the highest level of funding in eight consecutive quarters since the third quarter of 2008, said Ernst & Young L.L.P. in a new report.

The funding spread among 68 financing rounds marked a 63.8 percent growth in capital and a 4.6 percent increase in deals compared with the second quarter of 2009.

Ernst & Young said that later-stage venture financings were the main driver of investment growth, with $891.2 million injected in 33 deals or 59 percent of the total funding. Activity in this stage rose by 83.3 percent in deals and 143 percent in dollars earned.

Interest in advanced-vehicle makers was strong, demonstrated by a $350 million second-round investment in Better Place. The Palo Alto-based electric vehicle manufacturer’s deal accounted for 23 percent of the total quarterly financing, making it the largest investment in the second quarter.

Fisker Automotive Inc. a plug-in hybrid electric vehicle manufacturer based in California, also raised $35 million, while Eco Motors, a developer of fuel efficient diesel engines in Michigan, secured $23.5 million.
Tesla Motors (Nasdaq:
TSLA
) took the spotlight in the second quarter after its successful $202 initial public offering in June. The company also collected $50 million from a recent partnership with Toyota Motors Corporation (TYO:7203, NYSE:
TM
), which experts believe is a good strategic move for the Japanese carmaker struggling with the effects a global recall of its flagship Prius plug-in hybrid vehicle.

The solar industry also scored major investments in the second quarter. In fact, five of the top 10 venture capital deals in the quarter were all solar investments, noted Ernst & Young.

The industry received $438.8 million in funding for a 182.6 percent growth year on year. Of that amount, BrightSource Energy Inc. of Oakland, California, bagged $180 million, which was the second largest deal in the quarter. The company also received a $1.37 billion loan guarantee from the Department of Energy to build a solar complex in the Mojave Desert.
Abengoa Solar, a unit of Spanish multinational corporation Abengoa S.A. (MAD:
ABG
), and Abound Solar, also received $1.45 billion and $400 million in loan guarantees respectively for their solar installation and plant expansion projects.

Meanwhile, the biofuels sector gained $265.7 million in investments, a whopping 517.2 percent jump from the comparable period in 2009, and the energy efficiency segment seized $199.3 million in 15 financing rounds.

A separate study by Ernst & Young shows that 82 percent of corporate executives worldwide plan to invest in energy initiatives throughout the first quarter of 2011, as long as these investments will provide timely returns.

However, the clean technology sector must still overcome plenty of hurdles, such as unclear government policies, to maximize its potential, according to international law firm Norton Rose L.L.P.

Prospects for private equity investment may be rosy in the United States, but Europe still offers the best incentives to attract clean technology investors.

Most of the 446 respondents in a survey conducted by the law firm said that banks are still cautious about lending money to clean technology projects. In addition, nearly 30 percent of them said they would avoid investing in an industry with uncertain or deficient policies.