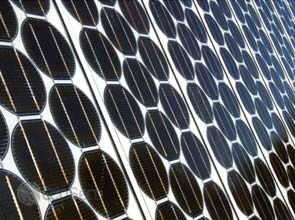 Sequentially, revenue increased by 168 percent from 16.1 million in the second quarter driven primarily by higher shipments to customers in the solar industry, the company said.

Total solar orders in the third quarter were $37.3 million, up by 32 percent compared with total orders of $27.6 million in the preceding quarter. Year-to-date orders total a record $120.2 million for solar.
Amtech (Nasdaq:
ASYS
) is increasing its revenue guidance for the 2010 fiscal year to about $112 million to $114 million, which represents a 111 percent to 115 percent increase from the 2009 fiscal year, based on its strong solar backlog and continued success in ramping up operations.

Amtech said it expects revenue for its fourth quarter to range from $38 million to $40 million in line with this full-year guidance.

Operating results could be affected by the timing of system shipments, the net impact of revenue deferral on those shipments and recognition of revenue based on customer acceptances, all of which can have a significant effect on operating results, the company said.

A significant decrease in the value of the euro in relation to the dollar could also cause actual revenues to be lower than anticipated, Amtech said.

The Arizona-based company saw its gross margin soar from 29 percent to 37 percent, citing more efficient capacity use from higher shipment volumes, which were partially offset by higher revenue delays and net of acceptances.