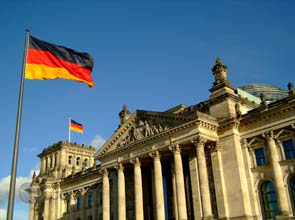 Germany could raise the stakes even higher by sourcing 20 percent of its gross energy consumption from renewable energy sources by 2020 instead of the targeted 18 percent, according to an action plan presented by the Federal Ministry of Environment.

The action plan further outlines that, by the next decade, renewable energy will account for 15.5 percent of the energy used in the heat and cooling sector; 38.6 percent in electricity; and 13.2 percent in transportation.

However, the expansion figures and the overall 19.6 percent mark are only estimates and do not constitute new targets of the federal government. Aside from the legally binding 18 percent target, Germany also mandates that renewable energy must account for 30 percent in electricity use and 14 percent in the heat sector by 2020.

According to a report by the Federal Statistical Office, entitled the 2010 Indicator Report on the German Sustainability Strategy, Germany already surpassed the renewable energy target of 12 percent even before the 2010 deadline.

“The continuously increasing share of renewable energies in energy consumption shows that renewable energy sources are a driving force here. The more renewable energy we use, the larger the decrease in gases which are harmful to the climate,” said Norbert Röttgen, environment minister.

While Germany intends to decouple energy consumption from economic growth, these efforts were not enough to decrease the use of resources needed to reach the target of doubling productivity between 1994 and 2020. On the contrary, productivity increased by only 39.6 percent as of 2008.

The report also advises to improve usage of limited land resource, although the country reduced its land consumption from 120 hectares per day between 1993 and 1996 to 104 hectares in 2008. But this still falls short from the strategy’s target to achieve daily land consumption of 30 hectares by 2020.

“The road to the renewables era is ambitious and technically demanding. We need a significant increase in energy efficiency if we are to reach our goals,” Mr. Röttgen said.

He added that Germany must expand its electricity grid and storage capacities to prepare for the anticipated boom in the offshore wind energy industry and the growing electricity trade.