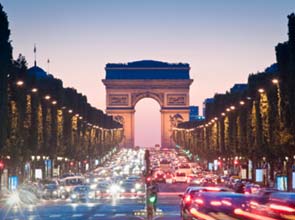 France has launched a major investment program worth 1.35 billion euros ($1.73 billion) to support the development of biofuels and other renewable energy projects over the next four years.

The French Environment and Energy Management Agency will provide 450 million euros in subsidies and 900 million euros in low-interest loans to support the development of emerging clean technologies, such as solar, marine and geothermal energy, as well as carbon capture and storage projects and green chemistry for biofuel development.

A total of 190 million euros are earmarked for 2010 and 290 million for each of the next four years. The French government is also seeking to attract about 2 billion euros in private investments to support the program.

Investments will focus on three key stages between the research and development phase of the project and commercial production – research demonstration, pre-commercialization experiments and testing.

Experts will also develop roadmaps to identify what technologies need to be financed and the timeframe needed to bring the technologies out from the laboratory.

The program is the latest of several green projects that will receive funds from an investment bill passed in March. It follows another four-year research demonstration fund program created in 2008 out of France’s first major environmental law, Grenelle 1. The 325 million euro fund covers climate change, biodiversity, environmental risks and better governance.

Major investments in emerging clean energy technologies may usher changes in France, which previously targeted the bulk of its low-carbon investment at more established technologies such as nuclear and, to a lesser extent, wind energy.

But despite its low costs and high yield, nuclear power gained the ire of environmentalists due to its harmful effects to the environment. One of the nuclear industry’s biggest problems is waste disposal since used uranium can remain radioactive and be hazardous for up to 48,000 years. France has 59 nuclear reactors in 2007, each generating around 20 tons to 30 tons of nuclear waste annually.

The government’s move to source energy from more renewable sources is prompted by the European Union’s 2007 directive, which establishes renewable targets for member states. France aims to source 23 percent of its electricity consumption from renewable energy by 2020.

So far, the country is utilizing its huge wind energy potential to generate clean electricity. With about 4,500 megawatts of wind power installed at the end of 2009, France is the fourth largest market in Europe, after Germany, Spain and Italy, said the Global Wind Energy Council.

France’s wind market grew by 1,088 MW in 2009, up from 950 MW in 2008, representing 41 percent of all new generation capacity installed. Wind turbines generated 7.8 terawatt-hours of electricity, a 40 percent increase from 2008 but still only accounted for 1.6 percent of the country’s total energy consumption.