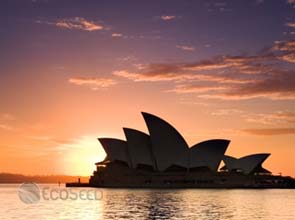 The Australian government is boosting its clean energy efforts with a 40 million Australian dollar ($35.7 million) infusion for developing emerging renewable energy technologies under a new program.

The $40 million program will target the prototype and earlier demonstration stages of the innovation life cycle, where higher levels of risk can prevent private sector investment, the government said.

These stages include research and development and prototype design, to advance the projects from demonstration to deployment to maturation.

This emerging renewables initiative will support cutting-edge technologies that offer significant potential as a future source of large-scale base load power, the government said.

Australia wants technologies such as wave power and geothermal to benefit.

“Wave energy offers significant potential as a concentrated and reliable source of renewable energy, with Australia having some of the best wave energy sites around the world. It is estimated that 1 million gigawatt-hours of wave energy hits Australian shores annually,” an Australian government Web site reads.

The cost of the program has been provided in the budget through the renewable energy future fund.

The program will be administered by the Australian Centre for Renewable Energy, which will determine the best allocation of funding across competing technologies and projects.

Projects will be considered and selected this year, with funding available for projects from the beginning of 2011 to 2012. Further guidelines will be released by November 2010.

“This will help harness our unique combination of excellent universities and world class renewable resources in areas like geothermal and wave energy,” the government said.

Australia’s Labor government said it will invest 1 billion Australian dollars in electricity networks over the next decade to connect Australia’s renewable resources to homes.

Ultimately, Australia wants all mature technologies to be there for the government’s 20 percent by 2020 renewable energy target, which will underpin 19 billion Australian dollars of investment in renewable energy by 2020.

Matthew Warren, chief executive of the Clean Energy Council, sees the new program as an instant spring board for clean technology innovation.

«Innovation by its nature carries with it a high degree of risk. Whether it’s wave energy, geothermal or solar thermal, we should support private innovation through its early steps and stop the brain drain overseas,» Mr. Warren said.

However, he believes that the program alone would not be enough to entail a significant change in the current clean energy scheme.

«It is a good start but we will need more to deliver a generation of research and development in the next decade. This initiative on its own is too modest to be the game changer that is needed by innovative companies who are doing it tough,» he said.