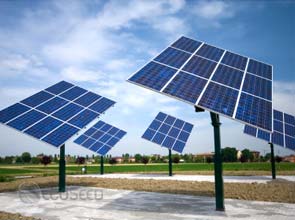 ReneSola Limited will supply 836 megawatts worth of solar wafers to two major Taiwanese solar companies over the next three years.

Meanwhile, Neo Solar (TPE:3561) posted revenues of 1.88 million Taiwan dollars for the first two months of 2010, a 51 percent growth from revenues from the comparable period in 2009. In March, the company revealed plans to expand its solar cell production capacity to 800 MW.

“We continue to leverage the strength of our core wafer business in securing new long-term contracts with key downstream solar companies,” he added.

ReneSola’s expectations that more customers will purchase its solar wafers reflected on its full-year guidance for 2010, which includes shipments of 900 MW to 950 MW of solar products. The company already delivered 242.4 MW in the first quarter and 258.3 MW in the second quarter.

ReneSola will also boost its annual solar wafer manufacturing capacity to 1,200 MW this year to meet the increasing demand for solar products. This will be further raised to 1,800 MW in 2011.

According to a Frost & Sullivan study, the solar industry will gain momentum in the Asia-Pacific – particularly in Japan, South Korea, Australia, Taiwan, Malaysia and Thailand – this year due to the region’s abundant solar resources, the technology’s modular nature and easy expansion plans.

Investors will also take advantage of the declining prices, oversupply and government incentives for solar power projects in the region.