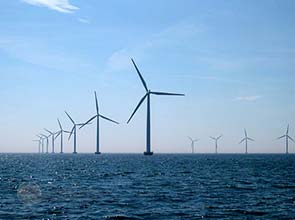 The Massachusetts supreme court settled a key legal dispute that potentially brings the controversial Cape Wind offshore wind project on the homestretch after 10 years of wrangling with state and local authorities.

In a 4-2 verdict issued on Tuesday, the court upheld a decision made by Massachusetts’ Energy Facilities Siting Board in May 2009 that allowed special permitting for the project.

Although Cape Wind will be built in federal waters, its power cables will cross state waters and interconnect on land. In 2007, the Cape Cod Commission denied a permit to build the undersea and underground transmission cables, explaining it did not have enough information to decide on the request.

Cape Wind developers appealed to the siting board, an agency created to evaluate energy projects held up from the local level. The developers requested the special license under which all nine state and local permits to build 18 miles of transmission cables were represented, and it was granted.

But the decision was challenged by the Alliance to Protect Nantucket Sound, one of the project’s opponents, and local permitting agencies, both saying the board exceeded its powers.

The state supreme court backed up the siting board’s decision and ruled that the permitting regulation is valid.

The alliance called the court’s decision a violation of community rights. “The court has trampled the ability of residents of every city and town in Massachusetts to make their own decisions regarding large industrial projects, by granting the bility to overrule community objections,» the group said.

«The court’s decision to the contrary sets a dangerous and unwise precedent, which has far-reaching consequences. A wind farm today may be a drilling rig or nuclear power plant tomorrow,» said chief justice Margaret Marshall.

«There are a lot of implications beyond Cape Wind,» Paul Niedzwiecki, executive director for the Cape Cod Commission, was quoted as saying. «I don’t think that kind of bootstrapping was intended when the (siting board) was created,» he said.

The Massachusetts court decision comes a week before the state’s department of public utilities starts hearings on a proposed power purchase deal between Cape Wind and utility National Grid. The proposed agreement fixes the price of electricity that National Grid will buy at 18.7 cents per kilowatt-hour.

Planned to be online by late 2012, the 468-megawatt power plant would be the largest wind generating installation in the United States, providing about three-quarters of Cape Cod’s power.

But even with Tuesday’s state permitting decision, it faces a number of legal challenges, including federal lawsuits claiming the government did not complete reviews of the threat posed by wind turbines to wildlife.