Turkey links up with European grid to expand energy reliability 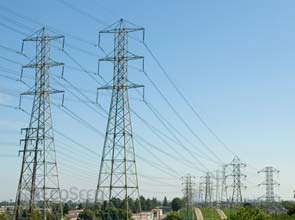 Turkey will soon be able to buy and sell power in the European electricity market after the Turkish Electricity Transmission Company said it plans to connect to the European power grid using General Electric’s smart grid technology.

The crossborder system will strengthen the reliability of energy distribution throughout the region and enable Europe to have a cleaner energy mix as Turkey holds massive renewable energy resources that can meet the growing demand in the region.

A report by the Turkish Ministry of Energy in 2009 reaffirms that interconnecting electric grids increases the efficiency of power production, transmission, distribution and consumption while cutting back on environmental impact.

G.E. will provide smart grid communications and wide-area protection solutions that will manage grid stability at the points of connection. The new applications are expected to improve power sharing and grid reliability while limiting power outages.

G.E. has finalized engineering the system and is currently conducting final tests. The interconnection of the Turkish and European grids is expected to be completed by this month.

“When Turkey joins the European energy community, it will be a vital step forward for power systems on both sides of the connection,” he noted.

Turkey is touted by the Global Energy Network Institute as one of the fastest growing power markets in the world. Prior to the country’s recent economic difficulties, the Turkish Electricity Transmission Company projected that the rapid growth in electricity consumption will likely continue over the next 15 years.