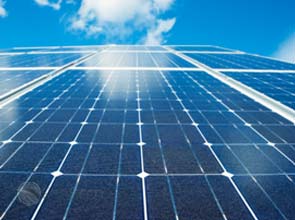 GCL-Poly Chinese subsidiary GCL (Nanjing) Solar Energy Technology Company Limited will deliver the products to Hareon’s cell and module production base in Jiangsu province in Eastern China, from 2011 to 2013.

GCL-Poly Energy is said to be China’s largest polysilicon producer and one of the world’s leading wafer suppliers. It recently opened its Suzhou wafer facilities in Jiangsu which has an annual production capacity of 600 MW. It aims to achieve 3 gigawatts in wafer production capacity this year.

Last week, GCL-Poly said it signed another long term wafer supply contract with Taiwan-based DelSolar Company, for 664 MW worth of solar cell production to be shipped from October this year until 2015.

In both deals, GCL-Poly secured a price adjustment mechanism that will allow it to modify prices based on prevailing market conditions.

A study by market intelligence firm Pike Research predicts that global solar demand will reach over 10 GW this year, primarily driven by lower production costs and better financing availability. The report said demand could reach 19 GW by 2013, as the United States, China, Italy and Germany markets continue to grow.

GCL-Poly reached an annual polysilicon production capacity of 18,000 metric tons in 2009. This is expected to hit 21,000 MT by the end of this year. The group also owns a 20-MW solar farm in Xuzhou, Jiangsu province.