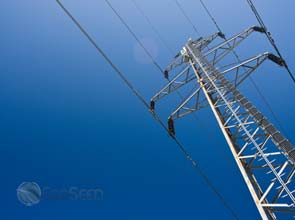 General Electric  has partnered with electricity distributor Central Networks to transform the British city of Milton Keynes into a world-class, low-carbon city through the use of smart grid technology.

G.E. already submitted a proposal for the project, called MKSmart2020, to British energy regulator Ofgem to secure part of its £500 million ($772.5 million) Low-Carbon Networks Fund. Ofgem will announce the winning project proposal by December this year.

If selected, the MKSmart2020 project could begin in early 2011. The project will demonstrate the operations of a low-carbon energy network and collect data for future initiatives, including end-to-end smart city deployments across the European Union and worldwide.

“There is no single solution that transforms a city from today’s carbon-heavy energy model to a clean smart city model,” said Keith Redfearn, general manager of digital energy at Northern Europe for G.E. Energy Services.

G.E. (NYSE:GE) will implement smart grid initiatives to boost the efficiency, reliability and understanding of energy of the entire power grid, starting from generation to consumption. The planned new grid software and sensors will allow for easier and more cost-effective adaptation of renewable power, such as wind and biomass, and will boost the viability of electric vehicles.

“MKSmart 2020 is much more than a technology demonstration or product rollout. It is a living laboratory to fine-tune how consumers, businesses and government can mesh as a force to change their thinking and how they interact with energy,” said John Cracket, managing director of Central Networks.

“Together, we hope to leverage new technologies to demonstrate how we can live within a new, cleaner, more efficient energy model that keeps improving lifestyles without jeopardizing our environment,” he added.

Central Networks distributes energy to 10 million people in Britain via 133,000 kilometers of underground and overhead cables.