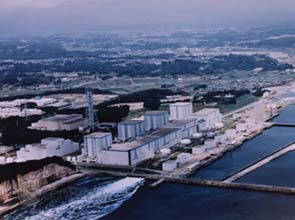 In a recently issued 10-year business plan, Tepco said it will bring power generation from non-fossil fuel sources to more than 50 percent of its entire portfolio from the current level of 33 percent.

Tepco will bankroll these renewable energy and other low-carbon projects with 2.5 trillion yen ($29 billion).

The company said it will increase renewable energy sources by 2020 to 400 megawatts and 1,750 MW of power generated at home and overseas, respectively.

The company recently pledged to cut its carbon dioxide emissions per unit of generated electricity by 20 percent by March 2013 to help Japan meet its emission reduction target under the Kyoto Protocol. This amounts to about 10 million tons of discarded emissions.

Japan’s power companies accounted for more than 300 million tons of greenhouse gas emissions from 1990 to 2006, or 28 percent of Japan’s total.

Japan, the world’s fifth largest carbon polluter, largely relies on fuel imports, with more than half of its total energy supply coming from oil and 20 percent from coal.

According to the United States Energy Information Administration, 13 percent of the country’s energy source in 2005 was from hydropower and only 1 percent was from other renewable energies.

But it said it will increase participation in uranium and liquefied natural gas projects, as well as in thermal and nuclear, to stabilize supplies and provide cheaper power.