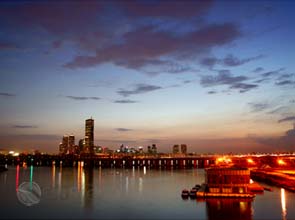 SunEdison and the provincial government of Gyeongsangnam-do in South Korea have agreed to build 400 megawatts of solar power plants that are expected to generate over 1,500 jobs.

The United States-based solar company will use public land and building rooftops for the solar installations, which are scheduled to be completed by the end of 2013. The provincial government will assist SunEdison in securing proper land and building areas and completing permit requirements.

The solar projects would help the province achieve its renewable energy diffusion target of 15 percent by 2030.

SunEdison will also reinvest part of the profits from the solar projects to motivate other companies to construct and install photovoltaic power plants in the province.

“Renewable, clean solar energy is still in its infancy as a growing global industry. Our role in reducing costs in both the components of solar modules and solar plants will help to further accelerate this growth,” said Ahmad Chatila, chief executive of MEMC, in a prior statement.

The company also has projects in France, Germany, Greece and Spain, and is currently building a 72-MW solar plant in Rovigo, Italy, which is said to be Europe’s largest photovoltaic plant.

South Korea intends to increase the share of renewables in its total energy consumption to 11 percent by 2030 and 20 percent by 2050. It also plans to reduce its emissions by 30 percent by 2020 compared with 2005 levels.

However, renewable energy accounts for only less than 3 percent of South Korea’s total energy consumption, according to a study by Baker and McKenzie.

Still, the Korean government is pushing to include more renewable energy in its power mix, with plans to invest 50 trillion Korean won over the next four years to shift the country’s manufacturing and export-based growth to green industry.

The country also aims to have the world’s first nationwide smart grid system that will allow for wider use of renewable energy.