Indias CSP projects to be financed on solar bonds 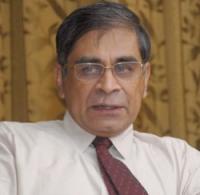 As the first phase of India’s Solar Mission attracts huge interest, the country’s Central Bank is considering a new bond to help finance the sector. Welcome though the move is, several hurdles await.  India’s nascent thermal solar market has welcomed proposals to introduce a tax-free bond to help finance future projects, while also expressing caution until the idea is officially signed off.

The call among India’s local banks to issue infrastructure bonds with a tax benefit has been growing in recent months. In August, the Indian Banks’ Association made a formal plea to the Finance Ministry to permit such a move.

The request appears to have caught the ear of Mr. S. Sridhar, chairman of the Central Bank of India, who recently suggested banks should be allow to float bonds specifically tailored for the solar market.

The duration of the solar bond would be between 10 and 15 years.  The specific purpose, size and timing of the bond remain to be decided, however.

“Obviously, it [solar bond] would be welcome”, says Shiv Shukla, president of solar developer Abengoa Solar in India, indicating that the idea emerged from the banking sector rather than the solar industry itself.

The prospect of cheaper finance naturally appeals to developers, observes Peeyush Mohit, performance and technology manager at advisory firm KPMG. The solar thermal industry currently benefits from a tariff reduction mandate (of 15.40 Rs per unit) set by Central Electricity Regulatory Commission, but as yet there is no concession for project developments on the financing side.

“Any support from banks through solar bonds that can either be a little lenient in evaluating the technology or that can help developers by providing them with loans at a lower debt rate would certainly be welcome”, Mohit maintains.

In terms of appetite among local financiers, the picture is less clear. To date, debt financing for solar thermal has been extremely limited. The few thermal projects India currently in the pipeline have been largely financed through developers’ own balance sheets. A handful have received additional backing from foreign capital and India’s state government.

With demand for debt financing on the increase, therefore local banks face a crash course to understand the risks at hand.

“Any inflow of capital should be tempered by a capacity to understand overall risks in the sector and structure against those risks”, says Sournya Banerjee, an investment officer at the International Finance Corporation (IFC).

KPMG’s Mohit concurs. While India boast “ample financing” for solar thermal, many banks remain “wary” due to the industry’s lack of track record and the untested nature of the technology under Indian conditions, he argues.

India’s local banks have a short space of time to get up to speed. The successful bidders in the first phase of India’s Solar Mission’s are expected to be announced in three or four months.

Time is also short for the Central Bank to determine the investment focus of a solar bond. Potentially, finance raised through the issuance of new debt could be directed towards anything from increasing manufacturing capacity for solar thermal to subsidising the cost of production.

Industry commentators shy away from the latter, suggesting that the existing system already provides a sufficient price subsidy. At present, the government proposes to “bundle” four units of thermal power with each unit of fixed-price solar-generated power.

“Capital raised by this bond should go towards funding research and development, solar infrastructure and the development of manufacturing. Not the feeding tariff”, argues Lavleen Singal, founder of solar thermal power producer Acira Solar.

The argument in favour of infrastructure development is particularly strong. The combination of Phase 1 solar projects, coupled with previous projects that have migrated to the Solar Mission, total around 1,200MW. The investment required to bring them to completion represents an estimated 1,800 crore, according to advisory firm KPMG.

Another challenge is also on the horizon. The Central Bank is facing opposition from India’s authorised debt providers to commercial banks entering the infrastructure bond market.

Rajiv Lall, managing director of IDFC, recently warned that moves to allow commercial banks to issue infrastructure bonds would cause such instruments to be “diluted”.

Presuming the Central Bank can override such objections, a solar bond should prove popular with investors. The existing format for infrastructure bonds, established under the recently revised Section 80CCF of the Income Tax Act, allows an individual to deduct up to 20,000 Rupees from their taxable income. The amendment is due to come into effect in April next year.

A bond issue is not the only idea on the table to attract capital to the solar thermal industry. The Indian Renewable Energy Development Agency recently signed memorandums of understanding with the National Housing Bank, the Central Bank of India, and the National Bank for Agriculture and Rural Development for financing of solar power projects.

The emergence of new financing mechanisms in India will offer developers potential alternatives to project finance and foreign capital.

Whatever the source of finance, however, developers still need to prove to financiers that their projects are economically sustainable and technically scaleable.

“Are Indian banks gung-ho on CSP?”, asks the IFC’s Banerjee. “We’ll just have to wait for some of these projects to be awarded and come to the market to find that out.”

To respond to this article, please write to: Oliver Balch

Or write to the editor: Rikki Stancich