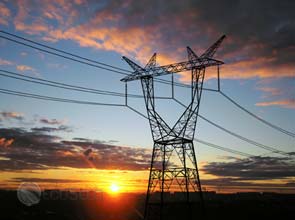 A transmission company joint venture between American Electric Power and MidAmerican Energy Holdings  said the three ways it has identified for building a transmission line for wind in the Midwest will have considerable environmental benefits.

Only this Monday, Google signed a huge investment in offshore wind transmission cable network to be built around future wind power centers off the United States’ Mid-Atlantic coast. Google agreed to acquire a 37.5 percent stake in the Atlantic Wind Connection project that it said offers a “solid financial return” for the Internet giant.

The Midwest study presents three conceptual transmission expansion plans that will be capable of reliably transporting nearly 57 GW of wind-generated power to consumers in the eastern part of the study area, according to company president Lisa Barton. The capacity represents power for over 15 million households in the Upper Midwest.

The three best alternatives, chosen from an initial eight designs that were considered in an initial study, are called Alternatives 2, 5 and 5a.

The 8,600-mile Alternative 2, a combination of 4,400 miles of 345-kilovolt transmission and 3,900 miles of 765-kV transmission, will reportedly result in 855,130 kilotons of carbon dioxide emissions cuts and the same result for 2,078 kilotons of sulfur oxide and 984 kilotons of nitrogen oxide according to a base case wind generation scenario.

The 8,000-mile Alternative 5 for 765 kV in extra-high-voltage transmission lines will cut 856,463 kilotons, 2,077 kilotons and 984 kilotons of carbon dioxide, sulfur oxide and nitrogen oxide respectively. The third option, Alternative 5A, which spans over 7,600 miles and includes both 765 kV and high-voltage direct current lines, will cut 1,333 kilotons and 1 kiloton of carbon dioxide and sulfur oxide but zero emissions of nitrogen oxide.

“Determining the level of transmission needed to achieve the renewable energy goals of the Midwest independent transmission system operator states and their neighbors was the focus of this landmark study,” said Ms. Barton.

Electric Transmission America invests in high-voltage transmission projects in North America outside of the Electric Reliability Council of Texas.