Green groups lost on how clean energy standard will work 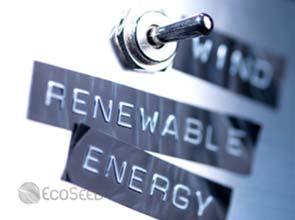 Green groups, universities and energy officials said they liked what they heard in United States President Barack Obamas State of the Union address but were still doubtful on how clean his proposed clean energy standard is.

In Tuesday, President Obama said he wants 80 percent of the nation’s electricity to come from clean energy sources by 2035. A fact sheet issued by the White House clarified that the goal would be a «standard», similar to the renewable energy standards in many states that require utilities to include a certain percentage of renewable sources in their output.

However, it differs from renewable energy standards by making room for nuclear power and fossil fuels like coal and natural gas raising questions on what exactly will be considered clean or dirty energy.

“If Congress and the White House intend to move forward with a clean energy standard, it will be a huge contradiction to include nuclear reactors and coal-fired power plants,” according to a statement from three experts coming from universities and clean energy groups.

The experts pointed to a long list of unresolved waste, water and proliferation risks associated with nuclear power, and problems from commercially untested carbon capture and storage that aim to make coal-fired power plants cleaner.

“These impacts cannot be internalized by spending more money, as they are inherent in the technology,” said Dr. Arjun Makhijani, president of the Institute for Energy and Environmental Research.

“In contrast, the modest impacts of renewable energy are borne by the generations that use the energy, so that future generations can replace the facilities with better techniques as they are developed.»

Dr. Alan Lockwood, a professor from the University of Buffalo, observed that virtually none of the pending coal plant proposals in the country include any plans to capture and store carbon dioxide emissions from day one of operation.

If built, he warns it will gravely diminish the prospects of slowing global warming and worsen air pollution-related diseases. This is because old-style coal plants have a lifespan in excess of 50 years.

“Attempts to foster coal and nuclear into a clean energy standard is another ploy to re-label non-renewable technologies and ooze them into a ‘clean’ brand,” he added.

“Some folks want wind and solar. Others want nuclear, clean coal, and natural gas. To meet this goal, we will need them all – and I urge Democrats and Republicans to work together to make it happen,” President Obama said in his address.

While green groups are hashing out the finer points of President Obama’s address, some politicians believes its broad appeal was meant to gain Republican support, many of whom have supported nuclear power, clean coal and job creation but have spoiled any attempts for cap-and-trade.

«The president has put a lot of stock in clean energy when it comes to job creation, and it’s an area where there might be some room for bipartisan movement in this Congress,» Tony Kreindler, the media director for climate at the Environmental Defense Fund, said to the M.I.T. Technology review.

“I think what’s good is because he went to a clean energy standard, as opposed to renewable energy, I think that brings in many more people. I think that’s going to generate a lot of support,” she said.

In spite of possible support from some Republicans, passing a clean energy standard could be a challenge, as Republican leaders are more focused on reducing government spending and controlling ballooning deficits.

Representative Fred Upton (Republican-Michigan), chairperson of the House Energy and Commerce Committee, said that he supports policies that minimize the government from “spending money it does not have.” This will be difficult for clean-energy sources like solar and wind power which is still can be significantly more expensive than sources of electricity like conventional coal-fired power plants.

“Congress spent tens of billions of dollars on the federal government’s favored energy sources in the stimulus, yet America remains dependent on hostile foreign nations to power our lives.”

“We know the answer is not to hyper-subsidize preferred industries or force consumers and job creators to purchase energy they cannot afford,” Mr. Upton added.