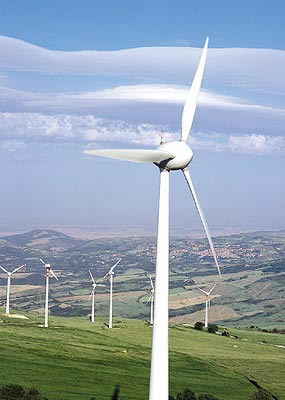 The global small wind power market is forecasted to double its size to $634 million by 2015 from $255 million in 2010, a report from U.S.-based research firm Pike showed.

Pike said growth in the industry is being driven by increased government incentives, an expanded awareness of small wind technologies as an alternative source of electric power, and the desire for customer and community ownership of power generation.

«The payback period for a small wind system can be five to 10 years in a region with adequate wind resources. Small wind turbines are currently more efficient than solar photovoltaic systems, and, therefore, more economical from a levelized cost of energy perspective,» Pike senior analyst Peter Asmus said in a statement.

Mr. Asmus said the small wind sector does not require creative financing, unlike the solar sector and that the price of turbines will continue to fall.

He said, however, that despite their benefits, small wind turbines have not yet enjoyed the same level of innovation when it comes to unique financing and business models, particularly when compared with distributed solar energy. – Jhoanna Frances S. Valdez