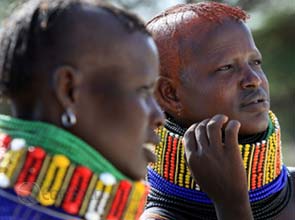 As 2011 comes to a close, we review policies that have shaped and influenced this years renewable energy path. Every initiative, every project, wherever it may be throughout the world, had and will always have an impact on the earths status on where we are now as a global community, and would markedly determine how we will be able to survive and ride out whatever challenges are in store for us, emerging as victors in the campaign for a cleaner and greener world.

Before succeeding to get an extension of Kyoto until 2015 in Durban, the prospect of arriving at a unitary treaty was already dim. On the other hand, countries involved themselves in setting up their own ways to address their emissions, through such means as emission trading schemes and the giving of incentives to emission reduction.

The European Union took carbon emissions control to the next level with its aviation directive which, starting next year, will require foreign airlines leaving and entering the region to buy carbon allowances to offset greenhouse gases they emit. This elicited a number of complaints from countries and international carriers the world over.

Emerging renewable energy economy Australia, in a bid to level with the E.U., raised its own carbon trading scheme and is currently in talks with New Zealand and the E.U. to unify their carbon markets.

The United States, though not as aggressive as Europe, have emission mitigating schemes up its sleeve, too, such as the much-contested air pollution rules of the Environmental Protection Agency, which requires power plants to cut down on their emissions by investing in new emissions control equipment or shutting down some of their facilities.

Twenty-eleven is also the year Europe turned cold to nuclear. Nuclear avoidance became the continent’s sentiment on atomic energy due to the Fukushima Daiichi nuclear disaster following the Tohoku earthquake and tsunami which happened on March 11.

When the earthquake-tsunami turned the nearby nuclear plant into a disaster of epic proportions, many countries became lukewarm to nuclear. China and the U.S. were keeping an open mind about the issue, but they became less enthusiastic about the energy resource as were previously.

But Europe immediately shut down its existing nuclear plants and cut off funding for nuclear projects. In Germany, Chancellor Angela Merkel ordered that their government phase out 17 of its nuclear power stations by 2022 and generate electricity from other sources, most likely from renewable ones.

According to poll from GlobeScan conducted for the BBC in November, people in countries currently operating nuclear power plants have grown more averse to the power source than they were in 2005, with only Great Britain and the United States going against the trend.

Around 71 percent of the respondents said their country «could almost entirely replace coal and nuclear energy within 20 years by becoming highly energy-efficient and focusing on generating energy from the Sun and wind».

In contrast, just 22 percent agreed that «nuclear power is relatively safe and an important source of electricity, and we should build more nuclear power plants».

This year marked the moment when the Department of Energy’s loan guarantee program expired, pulling the rug under green start-ups that need financing to get their businesses started.

For wind energy, we can safely say that it has been stable this year, but this stability is being threatened with the wind energy production tax credit’s expiration next year. The D.O.E.’s loan programs office has churned out a total of $35.9 billion in loans, giving rise to 64,776 jobs since its inception in 2005.

The American Wind Energy Association has petitioned Congress to extend the tax credit for another four years, saying that if Congress lets the tax credit expire in 2012, it would mean a loss of 37,000 jobs in the sector and private investment in the industry dropping by nearly two-thirds.

The European offshore wind market, on the other hand, expects a robust health, with the European Wind Energy Association saying it will triple annual investments to 10 billion euros by 2020.

Solar energy had its ups and downs. Ups are with China, which is becoming a solar emporium with more than 400 solar (mostly PV) companies providing 23 percent of solar products worldwide.

But in the U.S., solar businesses went bankrupt (Solyndra, Evergreen Solar, and SpectraWatt), and solar panels made in the country suffered a reduction in patronage, which a newly formed trade group called the Coalition for American Solar Manufacturing, headed by German SolarWorld’s American unit, attributed to the country’s over-importation of Chinese solar products due to their cheap price.

A phenomenon that caused a great impact on renewable energy production, particularly on solar energy production, is the reduction of subsidies for solar manufacturing in Spain, a vital solar market, the effects of which cascaded into other parts of Europe and affecting solar production globally. While fixed PV systems could feed up to 1,753 hours to the grid in the past, only 1,250 processing hours will now be permitted over the next three years.

But indeed the most talked about of debacles this year is the bankruptcy of solar startup Solyndra, and the fact that the Obama administration, through its Department of Energy and Office of Management and Budget, awarded it a $535-million loan guarantee during better days.

As of today, investigations are still ongoing as to whether or not the government agencies had been negligent and failed to subject Solyndra through a rigorous screening process before granting it the incentive, and whether or not they will be made accountable for the mishap.

As nations gear for next year’s continuing plans to secure energy from clean sources, cut on carbon emissions, and live more efficiently and sustainably, they will craft more policies to create an attractive business environment to propagate a low-carbon economy.