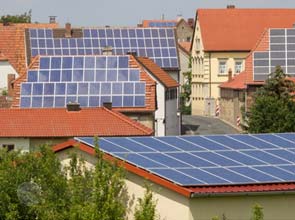 The Natural Resources Defense Council, a nonprofit environmental advocacy organization based in New York, released its 2012 renewable energy scorecard, a report ranking the G-20 countries based on their renewable energy production and investment from 2011 to 2012.

Germany ranked first among the group of developed nations in deploying renewable energy, with 10.7 percent of electricity production from renewables, and clean energy investments worth $10.57 billion in 2011.

Other European nations also led in the scorecard such as Italy with 6.2 percent, United Kingdom (4.2 percent) and France (2.8 percent). The European Union, as an independent member of the G-20, which represents the world’s largest economies, tallied 6.7 percent electricity production from renewable energy.

The findings showed that European countries have a more integrated approach to sustainable development which addresses economic, social and environmental issues, compared with other G-20 nations.

Indonesia led other Asian members of the G-20, ranking third on the list with 5.7 percent of electricity generation out of alternative energy sources.

The United States, despite the increase in the production of its renewable energy by more than 300 percent in the past decade, only ranked seventh in the score card. It had 2.7 percent of electricity generation from renewables, a figure only 0.1 percent ahead of Mexico in the rating.

According to Jake Schmidt, the council’s international climate policy director, the lack of an integrated federal renewable energy policy framework in the U.S. held the continued increase in renewables.

Renewable energy is among the concerns to be addressed at the upcoming Rio+20 Earth Summit in Brazil, and the N.D.R.C. is calling for the support of other nations to commit to non-carbon energy generation.

«A global agreement to spur this deployment would be helpful, but it is more important that key actors come to Rio+20 with individual country commitments to increase the amount of renewable energy to 15 percent of total electricity by 2020 more than doubling what is predicted under current trends.»