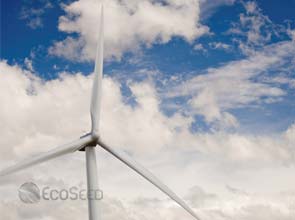 China’s wind energy capacity could reach 300 gigawatts by 2020 despite crucial challenges that have slowed down the industry’s development in the past years, according to a joint study released by the Chinese Renewable Energy Industries Association, the Global Wind Energy Council and Greenpeace.

Following its earning of the reputation as the world’s leading wind power producer in 2009, China’s newly-installed wind power output will rise by up to 15 gigawatts to 18 gigawatts this year.

The analysis predicts that installed wind power capacity will range between 200 and 300 GW by 2020 and more than 400 GW by 2030. By then, wind power will account for about 8.4 percent of China’s total electricity generation and 15 percent of its installed capacity.

“There is every reason that China should support wind power: resources are abundant, production costs are lowering, and the technology is maturing, all of which make commercial development very promising,” said Li Yan, head of the climate and energy campaign at Greenpeace East Asia.

However, the pathway to realize the forecasted wind energy capacity will not be smooth for China because some setbacks have to be overcome first. In the report, two of the biggest barriers identified were the mismatch between the geographic distribution of wind power resources and power consumption, and curtailment problems, which have caused the China’s wind sector to lose at least 5 billion yuan ($788 million) of profits in 2011.

To be able to cope with these hurdles, an effective mechanism must be adopted to clearly identify the grids’ responsibilities and effectively cut curtailment of wind-generated electricity, stressed Li Junfeng secretary general of the Chinese Renewable Energy Industries Association.

“If everything goes well, wind power has the potential to make a prominent presence in China’s energy portfolio,” said Li Yan.

Significantly, the boost in China’s wind industry would not only benefit the nation’s energy sector but the world at large.

Another report by the International Energy Agency stressed that the communist state could contribute about 40 percent of the total increase in global renewable energy sources capacity over the next five years.

Aside from China being the global leader, other Asian countries like India, Japan and South Korea are seen to have a booming wind power sector over the next five years, Mr. Steve added.