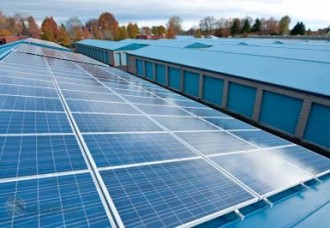 As a result, the country will install the world’s largest battery at an electrical substation in Hokkaido where there is a high concentration of solar projects.

Dramatic renewable energy development is taking place in Japan that its power grids can no longer handle the influx of clean electricity.

As a result, the country will install the world’s largest battery at an electrical substation in Hokkaido where there is a high concentration of solar projects.

According to Kyodo News Service, Japan’s Ministry of Economy, Trade and Industry announced the battery will have a storage capacity of around 60 megawatt hours, helping provide a stable electricity supply generated from solar as well as wind power sources.

The project will be set up by March 2015 and will use up a large share of ¥29.6 billion ($299.5 million) from allocated funding for battery projects.

While other countries have been using storage batteries, the M.E.T.I. said Japan will be the first to build one in an electrical substation.

Hokkaido is Japan’s second largest island and the largest and northernmost of the country’s 47 prefectures. Due to the availability and inexpensive costs of its land, the atoll has been an attractive site for renewable energy projects.

Bloomberg reported the island’s power grids are about to reach its limit to handle electricity generated from clean energy. The M.E.T.I. said this large-scale storage battery is one of the three plans of the ministry to relieve solar pressure in Hokkaido.

Since the Japanese government started the feed-in tariff scheme in July 2012, renewable energy development has seen significant growth in the country. According to figures released by the M.E.T.I., Japan has added 1, 394 MW of clean energy between April last year and the end of January, including 1,329 MW of solar and 37 MW of wind. – EcoSeed Staff