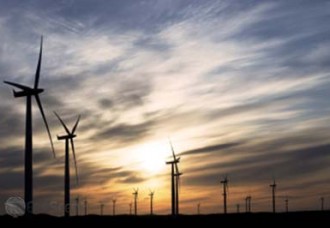 This year’s installed capacity of wind is a cumulative increase of almost 19 percent compared to 2011.

This year’s installed capacity of wind is a cumulative increase of almost 19 percent compared to 2011.

New global installations of wind power reached 44.8 gigawatts in 2012, a 10 percent increase from the new installations recorded in 2011.

Record installations in the United States were noted by the wind association, with the Western country once again regaining the number 1 spot for global markets. This is the first time the U.S. has managed to do that since relinquish the spot to China in 2009.

G.W.E.C. cautioned however that the late extension of the U.S. production tax credit meant that there is a chance that the U.S. market will drop in 2013, though it will likely recover in 2014.

Europe also performed well this year, but G.W.E.C. sees policy uncertainty and backtracking as negatively affecting the European solar market in the next few years.

China remained strong this year, with over 75 GW of installed capacity. The country intends to have around 18 GW of new installations in 2013. Other Asian countries such as India, Asia, Pakistan, Mongolia, the Philippines and Thailand are expected to see significant installations and market growth in 2013 and 2014.

In Latin America, Brazil continues to lead the pack and may surpass the goal of 2 GW of annual installations in 2013.

South Africa is also experiencing a surge in solar power projects with hundreds already under construction and another 500 MW expected to come to financial close this year. – EcoSeed Staff