Indonesia to plug in 36 solar energy projects in 2013 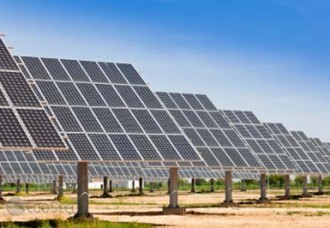 To date, Mr. Alihudin said the central government and its provincial counterparts have earmarked 1 trillion rupiah ($103 million) for solar power plant construction this year, up from last year’s budget of 700 billion rupiah.

Indonesia intends to put up 36 solar power plants in 2013, particularly in remote and border areas.

According to The Jakarta Globe Report, Alihudin Sitompul, the director of renewable energy and energy conservation at the Ministry of Energy and Mineral Resources, announced the government’s plan to increase the number of solar power facilities to 153 this year, from last year’s 117.

To date, Mr. Alihudin said the central government and its provincial counterparts have earmarked 1 trillion rupiah ($103 million) for solar power plant construction this year, up from last year’s budget of 700 billion rupiah.

Mr. Alihudin said development of solar power plants in the country face greater financial, technical and other constraints than other types of powers sources, but the government is relying on partnerships to help push through with construction.

“So far, our policies regarding the development of solar power plants are already good. However, our partners should be able to decide whether the [solar plant projects] are feasible or not, so that they do not force themselves to do them,” said Mr. Alihudin adding that forcing unfeasible projects often leads to delays, improper installation, lower quality plants and higher costs.

To further boost solar energy development across the country, plans were earlier announced to launch a feed-in tariff scheme as high as $0.25 per kilowatt hour applicable for 20 years.

By 2025, Indonesia wants solar energy to account for 0.3 percent of its energy mix – equivalent to 1 GW of new installations.

The country is one of the emerging solar photovoltaic markets in Southeast Asia, set to become the second largest in the region by 2017, following Thailand, according to a recent report of market analyst NPD Solarbuzz (see related story). – EcoSeed Staff