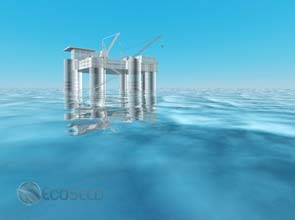 Off the coast of the southern part of the country, Lockheed Martin, an American advanced technology manufacturer, is set to build the 10-megawatt O.T.E.C. facility for a planned resort of the Reignwood Group.

China will soon be the home of the world’s largest Ocean Thermal Energy Conversion plant.

Off the coast of the southern part of the country, Lockheed Martin, an American advanced technology manufacturer, is set to build the 10-megawatt O.T.E.C. facility for a planned resort of the Reignwood Group.

Under the terms of the agreement, the floating pilot plant will supply 100 percent of power needed for the Chinese real estate company’s net-zero energy resort on the nearby mainland.

Apart from this, the agreement could lead to the development of several additional O.T.E.C. power plants, with capacities ranging from 10 MW to 100 MW, for a potential multi-billion dollar value.

A 100 MW O.T.E.C. plant could generate enough energy in a year to save 1.3 million barrels of oil, eliminating half a million tons of carbon emissions and providing a domestic energy source that is sustainable, reliable and secure.

With oil trading around $100 per barrel, one plant could deliver $130 million in fuel savings annually.

“The benefits to generating power with O.T.E.C. are immense, and Lockheed Martin has been leading the way in advancing this technology for decades,” said Dan Heller, vice president of new ventures for Lockheed Martin.

“Constructing a sea-based, multi-megawatt pilot O.T.E.C. power plant for Reignwood Group is the final step in making it an economic option to meet growing needs for clean, reliable energy,” he added.

O.T.E.C. uses the natural temperature difference found in the surface of ocean waters in tropical regions to generate electricity. It is well-matched to ocean conditions found near 80 countries around the world, including in the Asia-Pacific.

Similar to other renewable energy technologies, power produced from O.T.E.C is also base load, which means it can be harnessed consistently 24 hours a day and for the whole year round.

Concept designing for the 10-MW prototype O.T.E.C. plant will start shortly this year, while construction will begin next year.

Once operational, Lockheed Martin and Reignwood Group plan to use the knowledge acquired to improve the design of the additional commercial-scale plants to be built over the next 10 years.