Kazakhstan to get its first wind power plant 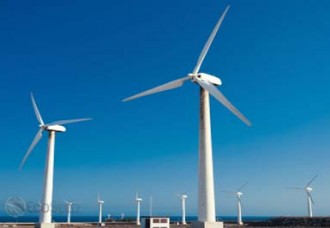 To be located in the town of Yereimentau in the Akmola region, the 45-megawatt wind facility will have the capacity to generate 172.2 kilowatt-hours of clean power annually.

Kazakhstan will be getting its first ever wind power plant.

To be located in the town of Yereimentau in the Akmola region, the 45-megawatt wind facility will have the capacity to generate 172.2 kilowatt-hours of clean power annually.

Under the terms of an agreement signed by the Eurasian Development Bank and First Wind Power Station LLP (Samruk Energy group of companies), around $94 million will be provided for a 10-year period to support the development of the wind project.

According to Kanat Dosmukametov, chairman of the E.D.B. management board, it is the also the first industrial project in the wind sector in Kazakhstan. The project is also expected to spur renewable energy development across the country which will help reduce the forecasted electric power deficit in the region.

“The utilization of renewable energy sources will help optimize the structure of generating capacities and, in particular, reduce the share of conventional sources of energy,” said Mr. Dosmukametov adding that the project will save fuel and energy resources as well as mitigate the environmental impacts of the power sector by reducing its greenhouse gases and other harmful emissions.

Kazakhstan is the world’s largest landlocked country by land area and is also the world’s ninth largest country.

According to the United Nations Development Programme, the Central Asian country possesses significant potential for renewable energy sources in the form of hydro energy, solar energy and wind energy.

Kazakhstan’s wind energy potential is particularly large, estimated at 1,820 million kilowatt hours per year. However, the U.N.D.P. noted that besides small hydro, alternative sources have not yet achieved widespread utilization until present time. – EcoSeed Staff