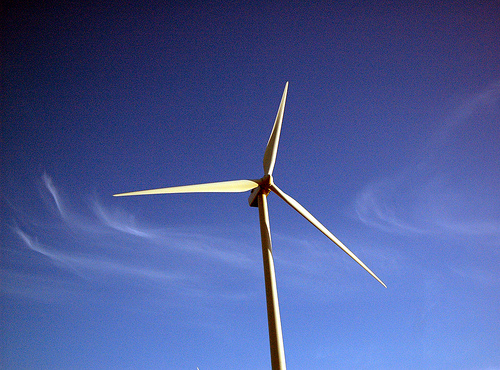 According to the study, the energy resource equivalent of existing renewable projects in Brazil is comparable to more than two fifths of the country’s proven oil and gas reserves.

Wind and bioenergy reserves in the United States and Brazil are relatively significant compared to oil and gas reserves, found a new study by Bloomberg New Energy Finance.

According to the study, the energy resource equivalent of existing renewable projects in Brazil is comparable to more than two fifths of the country’s proven oil and gas reserves.

Meanwhile, the U.S. holds larger oil and gas basins but the report noted that the energy resource equivalent of existing wind and bioenergy projects are equal to about one seventh of the country’s overall fossil fuel project reserves.

As renewable energy becomes more and more important in the global energy mix, it has increasingly common to compare renewables with fossil fuels, said B.N.E.F. However, several comparisons only look at the capacity and production of renewable energy at present rather than their potential contribution over the next coming years.

Using American and Brazilian wind and bioenergy projects as models, this report is the first attempt to compare renewable reserves with fossil fuel reserves, and found them to be substantial.

“Traditional energy companies, and the financial markets, have tended to disregard the reserves inherent in wind, biomass-to-power and biofuel projects, while heavily weighting those offered by the hydrocarbon extraction industry. There has been little focus on this issue to date,” said Guy Turner, head of economics for B.N.E.F.

“However, this pioneering report shows that if you calculate the reserves embedded in renewable energy projects on the same energy basis – millions of barrels of oil equivalent – they can add up to big numbers. This work should give investors a new way of assessing the value of the sector.”

Coal, oil and gas industries measure resources and reserves in terms of volume with the quantities categorized based on specific levels of certainty.

Renewable projects, on the contrary, are commonly evaluated in terms of their yearly generation capacity which, according to the report, says nothing about the energy contribution these projects are expected to deliver over their lifetime. Hence, B.N.E.F. underscored that there has not been a reliable approach for describing the technical and economic maturity of renewable energy projects and the level of certainty about their energy output.

The study, Reserves: Testing the Concept for the U.S. and Brazil, employed a simple approach for quantifying and categorizing renewable energy as “commercial projects” and “potentially commercial projects” according to their stage of development. This was applied to the wind and bioenergy sectors in the U.S. and Brazil by assessing project level data and the results were then converted from megawatt-hours to millions of barrels of oil equivalent to identify their estimated equivalent fossil fuel reserves.

Commissioned by BP, a leading member of the Renewable Reserves Initiative, this study is intended to be used as a tool to communicate the concept of renewable reserves, engaging more experts and organizations into the discussion. – EcoSeed Staff