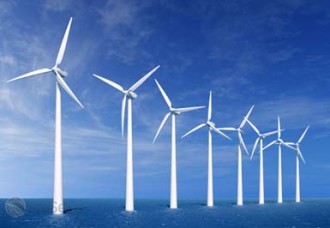 Europe is at the forefront of this growth, with its countries having set themselves ambitious targets to ensure the continent’s electricity needs are to be provided by renewable energy sources by 2020.

The offshore wind market is posed for sweeping growth in the coming years, with global investment forecasted to reach 130 billion euro ($170.75 billion) between now and 2020, according to Roland Berger Consultancy.

Europe is at the forefront of this growth, with its countries having set themselves ambitious targets to ensure the continent’s electricity needs are to be provided by renewable energy sources by 2020.

According to the Munich-based consultant firm, offshore wind energy will play a key role in Europe’s energy mix with 40 gigawatts of capacity to be installed over the next seven years.

Currently, about 7 billion euro annually is invested by European countries to develop offshore wind projects and this figure will increase twofold to more than 14 billion euro by 2020.

For the same period, it is predicted investments in offshore in the Asian region will rise from 1.6 billion euro per year to up to 5 billion euro a year.

Predominantly, Mr. Weber noted that offshore wind farms are growing in size and are moving further and further away from the coast, with new installations anchored at even greater depths.

To put things in perspective, an average distance from shore of 60 kilometers is expanding to as much as 100 km, at which point the water can be as deep as 45 meters.

These factors are driving up the cost of investment and making projects more complex, said Mr. Weber.

Compared with onshore wind, offshore wind entails much higher costs. The wind turbines account for about one fourth of the total cost of an offshore farm, while maintenance and repairs form the largest share at 28 percent on the average.

The offshore wind industry has to sharply cut the cost of energy generation if it is to compete with other forms of energy.

“The offshore wind industry will become increasingly important in the years ahead, because transforming the energy system without this one central pillar would be difficult to imagine,” said Mr. Weber. “That makes it all the more important for the industry to quickly achieve cost-cutting industrialization effects, and for the government to stake out a reliable framework.” – C. Dominguez