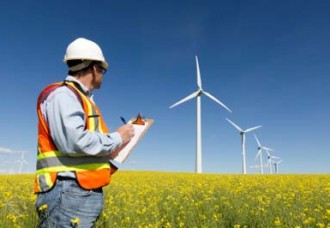 In the case of one of the top turbine manufacturers in the world (see related story), this fresh breath of life is already manifesting itself in a marked increase in orders for United States-based projects.

The extension of tax credits for wind energy passed by the American government at the start of this year is expected to breathe fresh life into the country’s wind energy sector (see related story).

In the case of one of the top turbine manufacturers in the world (see related story), this fresh breath of life is already manifesting itself in a marked increase in orders for United States-based projects.

G.E. has announced that it has already recorded 1 gigawatt of new wind turbine orders for the U.S. this year. This is equivalent to enough clean energy to power 330,000 homes and emissions reductions equal to taking more than a million cars of the road.

The latest American order was announced on May 8 with NextEra Energy Resouces, LLC. NextEra has ordered 59 turbines for a planned wind farm in Michigan.

The NextEra order is for G.E.’s newly debuting 1.7-100 meter brilliant wind turbine. In fact, this is the first order announced for this particular turbine which was launched just a few days ago on May 6.

The 1.7-100 is said to be the most efficient wind turbine in its class, providing 6 percent more power than G.E.’s current model and allowing for higher energy capture in lower wind speed environments.

The 2.5-120 will also make its debut in America with Invernergy purchasing the first models for use in a Texas wind farm.

The Invernegy deal was announced on May 1. The total deal is 86 turbines. Of this, three will be the 2.5-120 brilliant wind turbines. The turbines will be installed this year at the Goldthwaith Wind Energy facility in Mills County, currently under construction. Commercial operation of the Goldthwaith facility is expected by the end of 2013.

The brilliant wind turbines harness the power of Industrial Internet to analyze tens of thousands of data points every second to help manage wind’s variability and enable the turbine to produce power more efficiently.