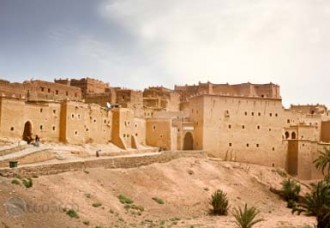 Morocco has officially commenced the construction of a 160-megawatt concentrated solar power plant near the desert city of Ouarzazate.

A consortium led by Saudi developer ACWA Power, won the contract to develop the plant last September. Construction of the project will employ around 1,000 employees while operation will generate 60 permanent jobs.

The Noor 1 C.S.P. project is part of the two-phase Noor 1 Solar Complex, due for completion by 2020. The complex is expected to cover 3,000 hectares and have an overall capacity of 500 MW – enough to provide electricity for Ouarzazate’s 1.5 million people.

The Moroccan Agency for Solar Energy is developing the Noor 1 C.S.P. project as well as several other utility-scale solar power projects using various solar technologies at the Noor 1 Solar Complex.

In its bid to ease dependence on fossil fuel imports, the Morocco is exploring the use renewable energy sources particularly solar energy.

It has one of the highest rates of solar insulation of any country, amounting to around 3,000 hours per year of sunshine.

In 2009, the North African nation launched what has been touted as the world’s largest solar energy plan costing around $9 billion. It aims to generate 2,000 MW of solar capacity by 2020 and contribute 18 percent to the country’s annual electricity generation.

Significantly, the entire solar plan will help the country save 1 million ton oil equivalent per year and prevent 3.7 emissions of carbon dioxide equivalent.

According to the International Energy Agency, Morocco is the “largest energy importer in North Africa with limited resources of its own.” It is already spending more than $3 billion a year on fuel on electricity imports and is experiencing power demand growth of 6.5 percent average a year. – C. Dominguez