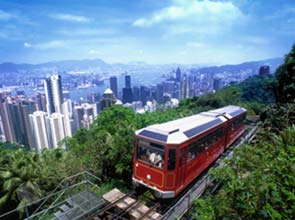 The International Association of Public Transport (U.I.T.P.), based on well-documented urban economic and technological development projections and a partnership with the International Energy Agency, compared the impacts and benefits of the expected business scenario with that of public transport times two, or PTx2, in 2025.

The group presented the PTx2 program during the 59th World Congress in Dubai which started April 10 and will end on April 14.

The expected scenario is projected according to current trends. Scenarios were evaluated under the projections on how the cities will evolve until that year compared to 2005.

As forecast, traffic congestion will increase by 60 percent together with the growth of private vehicle users. This entails about 890 million tons of oil a year starting 2009 will be consumed by the sector, increasing emissions by 30 billion or 3 billion tons of carbon dioxide a year.

According to the group, this will be avoided under the PTx2 scenario by tripling the number of trips made by public vehicles and stabilizing use of private cars.

Every year, the estimated environmental benefits from this scenario will include 25 percent emission reduction, 600 million tons of carbon emissions saved, and an equivalent of 170 million tons of oil preserved.

The PTx2 scenario will keep citizens healthy with lesser risk of having coronary heart disease, obesity, and hypertension, and will keep 60,000 humans from dying due to urban traffic accidents.

“Energy use from buses has decreased by 30 percent over the last 30 years, emissions have decreased by 90 percent and the focus nowadays is going from emissions to energy,” said Hakan Karlsson, chief executive officer and President of Volvo Bus Corporation.

There are several ways to reduce environmental impact and the [charter’s reporting process] will allow us to monitor all new technologies and organize experienced feedback for the whole sustainable development sector,” he added.

U.I.T.P. is an international network of 3,400 public transport authorities, operators, policy makers, scientific institutions, and businessmen, the public transport supply and industry that promotes sustainable mobility and innovations in the sector.