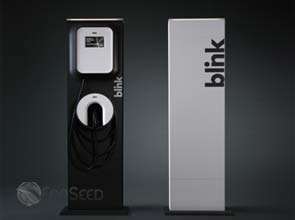 The market areas of the project will be the starting point used by the real estate firm for locating the sites. Jones Lang LaSalle’s Corporate Retail Solutions team is set to employ its knowledge on commercial property and real estate to find locations of building the ECOtality’s Blink electric vehicle chargers, including the Commercial Pedestal Charger and the Blink DC Fast Charger.

The areas of the charging systems setup project is set to cover Washington D.C., and key cities in the American states of California, Oregon, Washington, Arizona, Texas and Tennessee. Web-based information delivery will be available to consumers through ECOtality’s Blink Network.

The charging systems provider will install charging stations through the next few months at various partner locations which include retail locations, restaurants, hotels, office buildings and employment centers, among others.

ECOtality claims that its “E.V. Project” is the largest electric vehicles and charging infrastructure deployment in the world. It involves the setup of 14,000 of the company’s Blink charging equipment in the areas covered stated earlier.

The project, which was launched October 2009 and will run for a period of 36 months, has received $230 million dollars in funding, $144.8 of which came from a grant extended by the United States Department of Energy.

8,300 Nissan Leaf and Chevrolet Volt owners who qualify to participate in “The E.V. Project” will receive a residential charger for free. In addition, most of the installation cost will be paid for by the project. It is also expected to benefit 5,000,000 electric vehicles in the future.