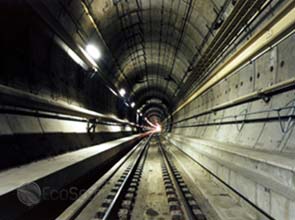 The companies cited studies indicating that a 500 megawatt-rated transmission cable can be installed inside the service tunnel of the Channel Tunnel a 50.5-kilometer undersea rail tunnel linking Britain and France.

The planned ElecLink Project will run 75 kilometers between two national networks and increase cross-channel capacity by 25 percent to 2,500 MW.

The projects require about 250 million euros ($353 million) of investment, Eurotunnel said in a statement. Around 49 percent of ElecLink will be owned by Eurotunnel and 51 percent by London-based Star Capital, which has 1 billion euros under management.

Britain and France are already linked by a 160-MW cable built by Swiss-based ABB Group in 1961. The high voltage direct current connection was later upgraded to 2,000 MW by France’s Areva in 1986 to accommodate the ever increasing energy demand of the two countries.

Different from the coal-generated power and nuclear energy being transmitted by the H.V.D.C., ElecLink was planned with renewable energy in mind.

Renewable energy produces fluctuating electricity. It is intermittent as most of it depends on volatile sources such as wind and sunlight. Governments and utilities around the world are spending billions to ensure that future transmission systems can handle more renewable energy power plants as more countries are now requiring them by law.

“This project aims to smooth the increase in these energy imbalances. Once the necessary regulatory authorizations have been obtained, ElecLink will further optimize the complementary nature of the two countries installed,” the partners said in a statement.

France has plans to have 6,000 MW of offshore wind by 2020 from nothing now. Britain, which has established itself as the world’s prime offshore wind market, plans to build13 gigawatts of offshore wind farms by 2020 to fulfill the country’s requirement under the European Renewable Directive – a target of sourcing 15 percent of its energy from renewables by 2020.

«The interconnections are constructed so that, if there is a sudden interruption to wind power supply, it will be possible to provide energy from other sources,» the partners said.

A 2009 study by the European Environment Agency estimates the potential of Europe’s offshore wind resources. It said the region could have 3,400 terawatt hours of clean electricity by 2030 – almost 80 percent of future electricity demand in Europe within the same period, clearly demonstrating the value and potential of the industry.