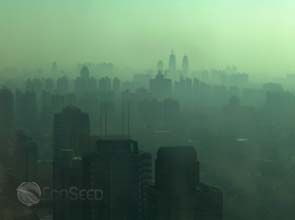 Mr. Ren tends cauldrons of sputtering acid, additives and ore in a shed in north China’s Inner Mongolia region, smelting lanthanum, one of the 17 rare earths that Beijing hopes will power the nation up the clean technology ladder.

Yet Mr. Ren and a workmate use few safety protections as they stir and poke the red-hot cauldrons. Holes in the roof and windows act as main ventilation.

«This place doesn’t have anything but it’s got mines. We live off the rare earth mines,» Mr. Ren, who gave his age as 32 but looked years older, told Reuters journalists who visited Baotou, a city of 1.8 million people about 650 kilometers (404 miles) west of Beijing that calls itself the «capital of rare earths.»

«It’s not that dangerous. You get used to the smells, but there’s also the heat,» he said.

China says it must curb rare earth ore sales abroad for the sake of its environment, though its own rare earths industry is marked by pollution and primitive production that tightening export quotas alone appears unlikely to staunch.

China supplies 97 percent of the world’s rare earths, used in computers and clean energy technology such as wind turbines and electric cars. The battery of a Toyota Prius hybrid car uses 10 to 15 kilograms of lanthanum.

Beijing has sparked international concerns by curbing exports of rare earths which it says it needs for its own green growth.

Mr. Ren was unaware of the diplomatic fuss and met questions about environmental and health problems linked to production with gruff bemusement.

«We sell it on. That’s all I know. I’m not sure who buys it or what it’s for,» he said of a pile of lanthanum bricks lying on the floor, among discarded cotton gloves and scrap.

He worked without a mask but wrapped a towel around his face and donned a visor when pouring the molten compound into molds.

The plant he works in lies in a northern corner of Baotou, a city and surrounding expanse of Inner Mongolia that produces more than half of the world’s rare earths, especially the lighter ones, from the fenced-off Bayan Obo mines.

The government says it wants to end unfettered exploitation of rare earths, and has been shutting unlicensed mines and smelters. But China’s biggest producers still pollute at levels far beyond what would be allowed in the United States, Australia and other countries now looking to ramp up production as Beijing curbs exports.

Near Baotou city, where Baotou Steel Rare-Earth Group processes the metals on a vast scale, villagers said the resulting toxins were poisoning them, their water and air, crops and children. At least one official has backed that claim.

The «Middle East» of rare earths

Baotou wants to remake itself as a crucible of China’s ambitions to turn its rare earths into green-tinged gold.

The city has a rare earths high-tech zone, a shiny Rare Earths Tower for officials and investors, and Rare Earths Street.

The city’s Rare Earths Park features carvings of scientists and leaders who pushed China to turn its reserves into an engine for economic growth, including Deng Xiaoping, the revolutionary veteran who guided the nation to market economic reforms.

«The Middle East has oil, and China has rare earths,» a carving records Deng as saying in 1992.

«China’s rare earths resources can be likened in importance to the Middle East’s oil. They have immense strategic significance and we must certainly deal with rare earths issues with care, unleashing the advantages they bring.»

The Baotou Steel Rare-Earth Group is at the heart of China’s ambitions to turn rare earths into a lucrative ingredient of growth. It dominates rare earths production in Inner Mongolia, where most of the ores come out of the ground mixed with iron ore, which is the parent company Baotou Steel’s main business.

Minutes from the mines of Bayan Obo north of Baotou city, hundreds of wind turbines rise just above the grasslands, their three blades and parts using rare earths in compounds that give them strength and lightness.

At the heart of Baotou’s rare earths smelting, those environmental aspirations are blighted by pollution that can cut visibility around the main plants to a few dozen meters.

Su Wenqing, the Baotou industry official, wrote that companies there had dumped tailings, including mildly radioactive ore scrap, into local water supplies and farmland and the nearby Yellow River, «creating varying levels of radioactive pollution.»

The outer walls of the Huamei plant proclaim its ambitions to become the «mother ship» of Chinese rare earths production.

But villagers near the rare earths plant live in a blanket of fumes, a constant reminder of how much China still allows near-unfettered industrial growth.

Separating out the minerals is usually done by dousing the rare earths in acids and other chemicals. The tailings from Huamei and other nearby metals plants end up at a 10 square kilometer dam.

The reservoir can hold 230 million cubic meters of the dark, acrid waste. That, according to a sign on its banks, is equal to 92,000 Olympic-sized swimming pools.

The residents of Xinguang village said the chemicals from the dam have been seeping into the underground waters that feed their wells, crops and livestock, including fluoride.

«The pollution is too much for even our crops to grow, and a lot is from the rare earths plants,» said Wu Leiji, a ruddy-faced farmer. «It’s not getting any better. In fact, it’s worse.»

«Look at the kids. They’re the worst off. What will all this pollution do them?»

A report last month in a Chinese newspaper, the Yangcheng Evening News, cited experts supporting the villagers’ complaints of damaged health from rare earths and other smelting pollution.

«When we boil the water to drink, this white scum forms on top and it tastes bitter,» said Guo Gang, a 58-year-old farmer.

«We used to grow vegetables, but now all we can grow is corn, and even the crops for that are far smaller than 10 years ago.»