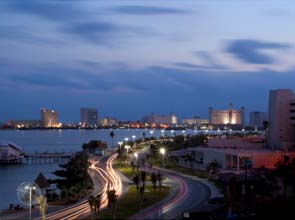 The loan seeks to promote energy efficient cogeneration. This fund will allow the Energy Regulation Commission to approve more permits for cogeneration plants.

Additionally, it will help increase forest management permits in Mexico, the meeting place of this year’s climate change talks in Cancun, from 4,000 to 6,600 between 2010 and 2012 through regulatory reform. To initiate public consultations, the funding will be used to create a draft for the Reducing Emissions from Deforestation and Forest Degradation or REDD strategy in Mexico.

A second loan amounting to $307.74 million was also approved to fund the Efficient Lighting and Appliances Project. This includes $250 million from the World Bank, $50 million from the Clean Technology Fund and $7.12 million in grant from the Global Environmental Facility.

Initially, this program aims to replace incandescent light bulbs with compact fluorescent bulbs in low-income homes. Approximately 45 million energy-efficient light bulbs will be distributed to 11 million homes across the country.

The program seeks to rid the country of old, inefficient appliances by awarding consumers with vouchers and credits for replacing energy-intensive units over a four-year period. About 1.7 million old refrigerators and air conditioners are expected to be replaced by June 2014.

“Mexico is both a great energy producer and exporter as well as one of the biggest energy consumers in the region. As a result, this is a strategic sector for the country’s economic growth, productivity and competitiveness,” said Gustavo Saltiel, the World Bank’s sustainable development area manager for Mexico.

The project will seek to deploy wide-scale projects to promote climate change adaptation. This program aims to reforest 5,000 hectares with native plant life to mitigate the effect of climate change on coastal wetlands.

It will also be used to establish 3,000 meters of coastal embankments to address the expected rise in sea levels.

“Operations like these contribute to strengthen Mexico’s institutional and regulatory framework to better address the climate change challenge and help us reach the goals set forth in the Climate Change Special Program,” explained Mr. Cordero.