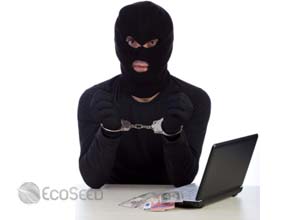 Romana Kichler of the Emission Certificate Registry Austria G.m.b.H. said the attack, which forced the Austrian emissions trading registry to close on January 10, attempted to make a computer resource unavailable to its intended users.

Shortly after the hacking, 488,141 emission credits, representing the same amount in metric tons of carbon dioxide, were illegally transferred into accounts in Liechtenstein and Sweden. Authorities were reportedly able to block the transfer.

Although the means to carry out a D.O.S. attack may vary, it generally consists of the concerted efforts of a person or people to prevent an Internet site or service from functioning.

The illegally transferred emission certificates have been frozen and reported to Austria’s Federal Criminal Agency which has requested that the certificates be returned to Vienna.

The attack reportedly did not result in losses for holders of personal and operator accounts.

“Because of ongoing cyber-attacks, the Austrian Registry will be brought online after stricter safety measures have been installed,” the registry said in a statement which was emailed to EcoSeed.

Austria was the first to be victimized in a series of cyber attacks targeting European carbon markets this year.

The lockdown of five national carbon registries within the first weeks of 2011 gave the European Commission no choice but to suspend trading in greenhouse gas emissions permits until at least January 26.

The Czech carbon registry closed its doors after Blackstone Global Ventures reported a theft of 470,000 carbon permits from their account.

The series of security threats prompted other European carbon trading registries in Poland, Estonia and Greece to close down on January 19.

Minimum security measures are now being worked with national authorities to bring security up to a level that would allow the registries to open once more.

But only 13 of them have national registries with adequate levels of security, Maria Kokkonen, spokeswoman of the European Commission’s climate action division told the Wall Street Journal.

«Member states have wanted to make the registries part of their national enforcement policies. But the problem is there have been varying levels of security.»

Jos Delbeke, director general of the division, said in December last year that security standards on the side of the national registries cannot substitute appropriate security standards that should also be met by companies participating in the trading scheme.

“I therefore appeal to companies to review and assure that they are also having adequate internal safeguards in place,” he said.

The hacking of five national carbon registries this month was highlighted the system’s vulnerability, a serious concern as the commission eyes a single European emissions registry by 2012.

This sole bloc-wide registry has a lot of responsibilities to carry on its shoulders. The airline industry, for instance, will be joining the trading scheme in 2012. The petrochemicals, ammonia and aluminum industries will follow suit in 2013.