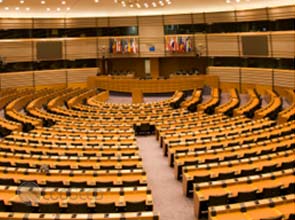 The security criteria has been given to the involved governments and they are required to provide the commission with a status report proving that the minimum security requirements have been put in place.

The exact date when all of the national carbon registries will resume trading depends on how quick the registries can implement the required security measures, according to the commission

The commission stopped activity in the emissions trading scheme’s spot carbon trade last week until at least January 26, after a series of cyber-attacks closed down five national carbon registries. Since the scheme is primarily made up of the futures market, the commission assured carbon traders that the extended suspension due to security measures will not affect credit prices.

Jos Delbeke, director general of the European Commission’s climate action division, said in January 24 that no more than half of the national registries are likely to reopen on January 26.

“I do not expect that of this Wednesday all 27 authorities will be fit enough to resume again,” he told a European parliament hearing, Reuters reported. «I do not expect a figure that is beyond half of the member states.»

Reopening “in the hands of individual Member States now”

The International Emissions Trading Association aired their concerns last week regarding the temporary suspension of national carbon registries. The letter they submitted came with results of a market survey they conducted, which urged the commission to publish a comprehensive list of stolen carbon credits.

Last week, the commission said up to 2 million carbon credits, worth nearly 30 million euros ($40.84 million), were illegally transferred out of certain accounts. The figure still stands, although the commission has not given a list of stolen credits.

The commission admitted on January 25 that it had no authorization to disclose such details nor has it been provided with complete information by affected national registries. While it does support national law enforcement agencies, the commission has no investigative powers to follow up the thefts.

Respondents also expected the commission to set a clear deadline for all registries to implement security measures. The commission responded that it is now “in the hands of individual Member States now, which have to mobilize the resources to upgrade security where needed,” to put their respective registry back in business.

Commissioner Connie Hedegaard has already written to all Ministers to urge a swift follow-up and implementation of the measures and is expecting the first status reports to be submitted in the coming days. The commission will continue to provide updates and will give a 24 hour lead-time ahead of the reactivation of national registries.