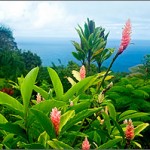 When tourists are planning a holiday in Hawaii they inevitably think of beautiful Pacific beaches kissed by year-round sunshine and surrounded by stunning arrays of magnificent tropical flowers. Local residents know a darker side of the state, however, one that involves being dependent on expensive, polluting, imported oil to supply about 90% of Hawaii’s energy.

As a result of being the most oil-dependent state in the US — reportedly four times more dependent than any of the other 49 states — Hawaii has embraced an exciting energy revolution that includes emissions-free wind power to help transform the way it meets its existing, and future, energy needs.

The state has set a goal of 70% clean energy through energy efficiency and renewable energies by 2030.  Hawaii’s Clean Energy Initiative is already working to harness the state’s strong trade winds along with other renewable energies.

“Wind is plentiful on Hawaii’s islands,” notes the initiative web site. “In the past, ancient Hawaiians depended on the trade winds to sail their canoes. And for the people of Hawaii today, the wind holds tremendous potential as a clean, renewable energy source.”

The web site also says Hawaiian wind farms are already supplying green electricity to consumers on Maui and the Big Island, and plans are under way to install wind turbines on Lanai, Molokai, and Oahu.

The U.S. Department of Energy (DOE) has already published a map showing that Hawaii has wind resources consistent with utility-scale production. “Good-to-excellent wind resource areas are fairly evenly distributed throughout the islands,” the web site says the DOE map indicates.

As a way of achieving its green energy goals, the web site says Hawaii is now discussing building an undersea cable system to transmit electricity between Oahu, Molokai, Lanai, and possibly Maui in order to increase access to wind power and other renewable energy projects statewide, which could lead to consumer and business cost savings.