2010 another strong year for wind power 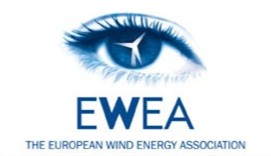 Global Wind Day events in Brussels kicked off today with a conference at the foot of the 29.5m turbine blade in the middle of rond point Schuman. Christian Kjaer, CEO of EWEA, highlighted the fact that over the next few days around 220 Global Wind Day events will take place in 26 countries to celebrate and inform the public about the benefits of wind power.

At the conference EWEA also released its estimate for new wind power installations in 2010. Despite the ongoing economic crisis, the EU is set to have the same amount of new capacity this year as it did last year – around 10 GW.

“This is another strong year for wind power installations,” Kjaer said.

Ingmar Wilhelm, Executive Vice President of ENEL – the sponsor of the blade exhibition – said that the crisis has helped “drive the industry to become more organised and efficient.” Wind power “really impacts the energy scenarios of today,” since it is now a mature energy source, he added.

Wind power has a “strong development path ahead of it. It will only improve its cost effectiveness and competitiveness,” Wilhelm said.

As for whether or not wind power will again top the table of new installed energy capacity (last year 39% of all new capacity was wind power, ahead of gas, coal and nuclear), Kjaer said it was “too early to tell.”