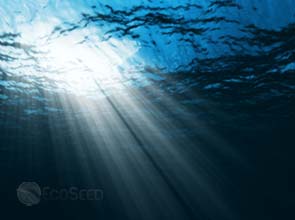 Osmotic power is a form of renewable energy produced by making use of the natural processes that occur in the interaction of saltwater and freshwater.

Presently there are few practical methods of harnessing this energy, the two most known being reverse electrodialysis and pressure retarded osmosis.

In pressure retarded osmosis, freshwater and saltwater are guided into separate chambers. Saltwater molecules pull the freshwater through the membrane, increasing the pressure on the seawater side. This pressure is used to power a turbine.

Kachan & Company’s report said osmotic power generation is potentially worth three times more than solar and wind power generation combined. Osmotic power reportedly could generate up to 1,600 terawatt-hours to 1,700 TWh of electricity each year by 2030, equal to about 50 percent of Europe’s total energy demand.

The report states osmotic power is one of the few potential sources of energy without considerable adverse environmental effects, as it takes advantage of natural phenomenon, just like geothermal energy.

The difference is that osmotic power can be created in more locations worldwide, or in areas where power is most needed. Probably best of all, unlike solar and wind which are intermittent energy forms, osmotic power is produced constantly, giving it the capability of generating energy 24 hours a day.

However, the report does say that the technology that can harness this kind of power is still years from commercial feasibility.

“Some vendors claim we’re only a year or two from commercial plants, but that feels ambitious,” said Dallas Kachan, managing partner at the consultancy. “Our report finds there are still technical, permitting and regulatory hurdles.”

The things hampering the development of osmotic power include technical challenges with osmotic membranes, cost issues and inconclusive environmental assessment studies. These are compounded by a number of commercial risks in permitting and government support.

Despite this, Mr. Kachan emphasized the importance of developing osmotic power. “[T]he promise of osmotic power is significant, and an industry is beginning to emerge. This is the time to learn about opportunities and stake claims in this new cleantech field,” he said.