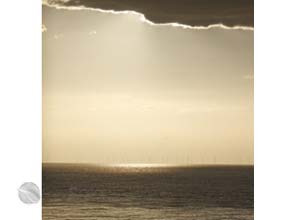 Citing an assessment made by energy management consultancy group W. Robert Patterson & Associates, the Alliance to Protect Nantucket Sound said customers will see marked increases in their electricity bills if a power purchase agreement for the wind farm goes through.

That is largely because the Cape Wind project would cost significantly more than what its developers have disclosed, according to the outspoken opponent of the project. The proponents reportedly understated the average power consumption of consumers to be affected.

«The National Grid contract price to purchase power from Cape Wind is too expensive and represents an unnecessary burden for National Grid customers particularly when other green alternatives are available,» the report says.

The Cape Wind project is a 470-megawatt offshore wind farm planned to be built on the waters of Nantucket Sound. The $1 billion proposal has been the target of opposition from civic groups and influential people for nine years before interior secretary Ken Salazar approved construction of the project in April 2010.

The report warns that cities and towns throughout Massachusetts would suffer from increased charges cumulatively totaling over $1.5 million annually in order to pay for the extremely controversial offshore wind farm.

“There are 168 cities and towns that get their power from National Grid, and those communities are going to be hit hard when they have to start paying for this project,» said Audra Parker, president and chief executive officer the nonprofit alliance.

Estimates in the report show that owners of residential and commercial properties would bear the burden of future costs.

According to the report, all of the 168 communities serviced by National Grid would be charged an additional $1,479,000 from their electric bills in the first year alone.

Small commercial electric consumers such as a small storefront would be charged an additional $240 annually starting in 2013. This would translate to $5,168 through the power purchase agreement’s 15-year period.